The Justice League is no more 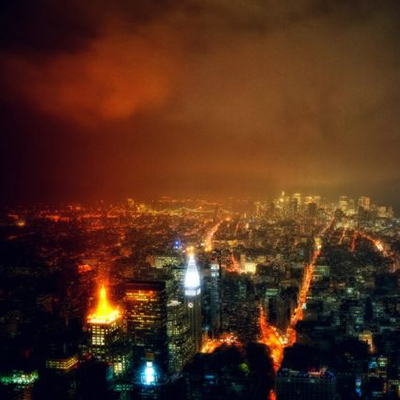 It is the near future, and Gotham is under siege.

It has only been two years since the Batman disappeared. Some say he’s dead. Some say he was badly injured on the League’s final planet-saving mission and is still recovering. Some even say he has given up on his city and retreated into hiding. Robin, Nightwing, Oracle, Gotham Girl… all gone.

That final mission of the League’s – that mission that saw them bring a final end to Darkseid’s threat – that also brought about the deaths of many of Earth’s mightiest heroes; Green Arrow, Wonder Woman, Red Tornado, Cyborg, Aquaman, The Atom, Martian Manhunter, and more. Green Lantern disappeared. The Flash lost his legs. Even the Man of Steel is gone.

In Gotham, the GCPD did their best but following the assassination of Commissioner James Gordon, they could no longer hold their own against the tidal wave of crime sweeping across the city. Gotham seems to be where every nutcase and sociopathic criminal wants to make their mark, and with the police overwhelmed and understaffed, and Batman and the Bat Family gone or out of commission, it seems like the city is on the brink.

I'm sorry, but we no longer support this web browser. Please upgrade your browser or install Chrome or Firefox to enjoy the full functionality of this site.